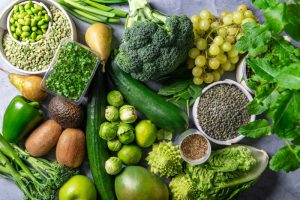 It’s common knowledge that diets low in processed carbohydrates and high in plant fibers can help you lose weight and get healthy. But did you know that they can also fight gingivitis? That’s right, your diet can affect not only your teeth, but your gums as well. Keep reading as a dentist in Putnam talks about how an anti-inflammatory diet can help fight gum disease.

Gingivitis is a mild form of gum disease caused by plaque, a sticky film that contains bacteria, building up on teeth and irritating the surrounding gum tissue. This buildup is typically the result of poor oral hygiene. Bacteria in the plaque produce acid that can wear away at teeth and gum tissue. They can cause the gums to become inflamed, red, and tender. They can even make the gums bleed.

3 out of every 4 Americans will develop gum disease at some point in their life, but if detected early enough, it can be reversed. If left untreated, gingivitis can progress into a more advanced stage of gum disease called periodontitis, which can cause the gums to recede so much that teeth can fall out.

How Does an Anti-Inflammatory Diet Fight Gingivitis?

A study recently published in the Journal of Clinical Periodontology showed that a diet low in processed carbs and animal proteins and rich in vitamins and plant fibers reduced gingival bleeding after four weeks. It also resulted in weight loss and an increase in vitamin D values. The lead author of the study suggested that dentists prescribe an anti-inflammatory diet to treat patients with gingivitis, as it also promotes general health.

What Should I Eat to Fight Inflammation?

Anti-inflammatory foods are generally those that any nutrition expert would advise you to eat. They include foods like:

Anti-inflammatory diets are widely regarded as healthy, so even if you don’t have gingivitis, it can be beneficial to eat this way. If you do think you have gingivitis, it’s important to get it treated as soon as possible. Just search “dentist near me,” and you should find someone who can help you.

Dr. Walter McGinn graduated from the Harvard School of Dental Medicine in 1987, and eventually opened up his own practice in 1994, where he works with his wife, Dr. Carolyn McGinn. He has been elected to the Pierre Fouchard Academy, an international organization that unites the best dentists from around the world. For more information on how he can help you diagnose and treat gingivitis, click here or call (860)-928-3723.

Sorry, the comment form is closed at this time.